What is Ecopsychology and why does it matter?

The term Ecopsychology, coined by Theodore Roszak in his 1992 text entitled The Voice of the Earth, can be vaguely defined as a study of the interrelationship between humans and nature. Essentially, Ecopsychology
brings concepts of ecology into the largely anthropocentric field of psychology, and provides the environmental movement with the psychological perspective necessary for effecting change among all audiences.

Think of it as tool-swapping. As environmental activists and stewards, we are well aware of the physical and psychological benefits of communing with nature. Psychologists are very tuned into the studies of human behavior and motivation. By combining the two, environmental activists can hone their message(s) to elicit a positive response from any given audience, and psychologists can assist their patients’ efforts to heal by exploring what E. O. Wilson has called humans’ ” innately emotional affiliation with all living organisms.”

How Ideas Catch On 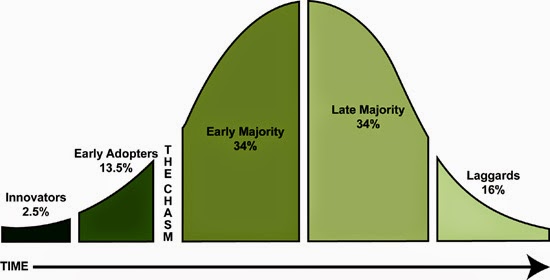 Everett Rogers’ Diffusion of Innovation theory seeks to explain the process, rationale, and speed at which new ideas spread. This is particularly poignant considering the outreach goals of our organization. In order for said “innovations” (new ideas) to self-sustain, they must be widely adopted (reach a critical mass). The four main elements in the diffusion of new ideas are the innovation, communication channels, time, and social context.

The innovation must show certain characteristics in order to spread and become widely adopted. Among these are relative advantage, compatibility, complexity, trialability, and observability to those within the social context.

Communication channels are vectors for the spead of ideas. Although vectors like television and radio are great at making people aware of an innovation, PEERS are the ones who actually mold and shift attitudes towards innovations. Most people do NOT evaluate and decide to adopt or reject a new idea based on the scientific evidence an expert may present. Rather, they look to the opinions of peers who have already adopted the innovation.

Time factors into the diffusion of ideas in several ways. It is involved in both the rate of adoption (determined by the characteristics of the innovation noted above) and the cognitive processing of new ideas, from the moment an individual is made aware of the idea through their decision to adopt and implement it or flat out reject it. Time is also inherent to the principle of innovativeness, which is a descriptor of how quickly someone will adopt a new idea relative to everyone else. Rogers’ theory places idea adopters into five distinct categories: Innovators, Early Adopters, Early Majority, Late Majority and Laggards.

Social context is essentially the boundary within which an idea diffuses and the set of interrelated members, organizations, or informal groups that problem solve together to accomplish a common goal.

Prochaska’s Transtheoretical Model of Behavior Change assesses an individual’s readiness to act on a new healthier behavior (like planting natives), and provides strategies to guide an individual through the following stages of change to Action and Maintenance: 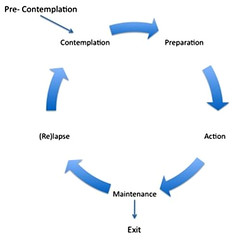 Pre-contemplation: people are unaware, uninformed or underinformed that their behavior is problematic. They may respond to simple cues, depending on how knowledgeable, respectable, or attractive the message source is.

Contemplation: people are vaguely aware that their behavior is problematic, and start to look at the pros and cons of their continued actions. A small gift can serve as an emotional trigger. Positive emotions will help move them to the next stage.

Preparation: people are fairly well educated and intend to take action, although not necessarily right away. They maintain a level of fear regarding how others will perceive their behavior, and may need a push (like a coupon or ad) to get them to enact a change.

Action: people have made specific changes/behavioral modifications, but may still be somewhat ambivalent about them.

Maintenance: people have sustained their changes for a while, but still require regular reinforcement. They feel smart and positive about the choices they’ve made, but will further benefit from some sort of reward for their actions. Social support (like AA) is very important at this stage.

Relapse: people return from Action or Maintenance to an earlier stage, but not all the way back to pre-contemplation. By using incentives like coupons or ads, emphasizing the long term benefits of the changes they had begun to make, and reminding them of their former choice, you may get them headed back in the right direction.

Getting Rider and Elephant on Board 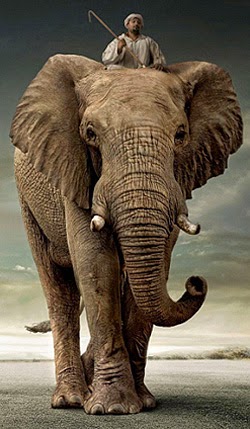 In The Happiness Hypothesis: Finding Modern Truth in Ancient Wisdom, a psychology book by Jonathan Haidt, the author examines the internal struggle between conscious and unconscious reasoning. Similar dualities may be found between mind and body, left brain and right brain, yin and yang, Freud’s ego and id, and Bern’s adult and child.

The Rider (ego) is motivated by logic. We can appeal to him/her with facts, figures, charts, tables, science, expertise, etc.The Elephant (id), by contrast, is motivated by positive emotions: recognition, feelings of belonging, happiness, and pride. Accordingly, we may entreat the Elephant to adopt an innovation by using bright, colorful images, limiting choices, and communicating via simple language.

How Natural Landscapes are (mis)Perceived

Joan Iverson Nassauer, professor of Landscape Architecture at the University of Michigan’s School of Natural Resources and Environment, is focused on the field of ecological design. Her research extends beyond the natural sciences into social science, and explores the cause and effect relationship between human experience and landscapes. In Messy Ecosystems, Orderly Frames, she documented her investigation of Americans perceptions about several types of landscapes, with a concentration on picturesque and native/eco-friendly designs. Here is what she discovered:

Ecological quality and function are not necessarily apparent features of a landscape – particularly to the layperson. Because the scientific processes going on in a native landscape are basically invisible to casual observers, so are the ecological benefits. Areas of high ecological quality are often perceived as as unruly or messy. While wild or rampant growing vegetation is acceptable within the context of the wilderness (lands that aren’t occupied by humans), it is frowned upon when encountered in human-influenced landscapes like yards and parks.

As our design choices are seen as a reflection or extension of ourselves, it should not be surprising that passers-by will make assumptions about the type of people who live in a house from the landscape in front of it. In other words, our landscapes communicate something to the outside world. Most Americans read a neat, orderly landscape (mown lawn, trimmed hedges, well maintained flower beds) as a sign of “neighborliness, hard work and pride.” It follows that if a landscape is designed for its ecological benefits and doesn’t contain the “neat and tidy” elements, the owner is assumed to be disagreeable, lazy, and possibly self-deprecating or troubled. 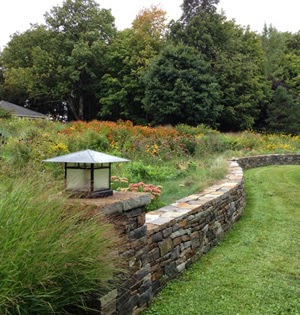 A naturalistic meadow framed with “cues to care”

How, then, can we design with natives without being seen as a nuisance neighbor? By framing them with what Nassauer calls, “cues to care” (signs that make it obvious we haven’t abandoned our landscapes). Examples include:

Technical jargon is not the way to go if your goal is to encourage Rider and Elephant to make positive behavioral changes. It actually makes people stop reading or listening to your message, and increases their frustration, irritation, and suspicion. By using short sentences, short words, and active voice, your message will reach a much larger audience.

Rudolf Flesch devised the following formula (the Flesch Reading Ease Test) to determine how readable a given piece of text is:

Fortunately, it has been incorporated into the most commonly used word processing programs, including Microsoft Office Word, WordPerfect, and WordPro, so you needn’t bust out your calculator. There are also websites which will calculate your text’s readability score for free. Higher scores indicate material that is easier to read; lower numbers mark passages that are more difficult to read. The Flesch Reading Ease Scores are seen below

Here is a list of words to use in any environmental campaigning you do. They have proven to be readable and well-received with the general public. 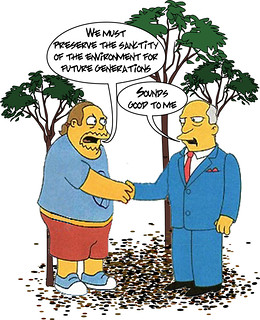 In The Moral Roots of Environmental Attitudes, Matthew Feinberg and Robb Willer document their studies of Americans’ highly polarized environmental stances. The authors found that liberals view environmental issues as moral concerns related to harm and care (saving the world, protecting it from harm), whereas conservatives view the same issues through the lens of purity and sanctity (maintaining the purity of resources as a matter of tradition, legacy, and heritage). By framing pro-environmental rhetoric using different terminology, liberals can gain the conservative support necessary for creating more environmentally conscious policies.

The Summing Up: Lessons from the Lorax 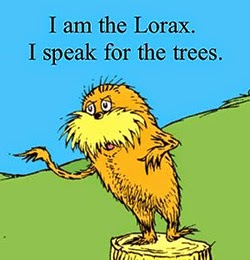 How, then, should we begin our environmental message? Reflect, for a moment, on The Lorax, a children’s book written by Dr. Seuss. The tale begins in a town that has been completely denuded of vegetation, and the story of how it became that way unfolds. Apparently the land was once lush with “Truffula” trees, which were systematically cut down and used for industrial purposes. A small creature called the Lorax appeared out of the stump of the first tree felled and begged for the axe wielding to cease. “I speak for the trees, for the trees have no tongues,” he decried. “He was very upset as he shouted and puffed,” then went on to disparage those responsible for the logging, later pointing the finger at them for the reciprocal ecological damage. Why was his message lost? Perhaps it’s because, despite his good intentions, he did not have a clue about Ecopsychology.

Posted in Inspiration and tagged Ecopsychology, Laurie Sheldon.
Share
←  NewerTHEY are the Champions
Older  →Know Before You Grow: All Lantanas Are NOT Created Equal
Cart 0 Close